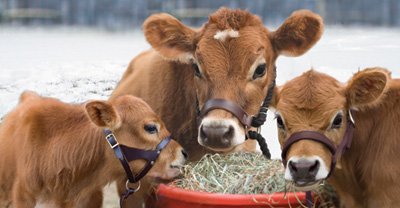 Dunkin, Donut and Daisy each wearing Mini Cattle Supply's own halters.
Dunkin, at left, is wearing the Leather Turnout Halter for Calves.
Daisy (middle), our mid-size heifer, is wearing our Rope Halter with Lead
and Donut, our mini heifer, is wearing a Nylon Halter in Brown.

1. Holstein Cows markings are unique as fingerprints. No two are alike

2. Humans and Cows have the same gestation period which is about 9 months

3. Cows detect odors up to 5 miles away

7. Cows can sleep standing up

9. Cows have 32 teeth and a tough pad of skin instead of teeth on the top front of their jaw

10. Cows were first brought to Plymouth Colony in 1624

Below is Dunkin, our Mini bull. He LOVES apple slices. 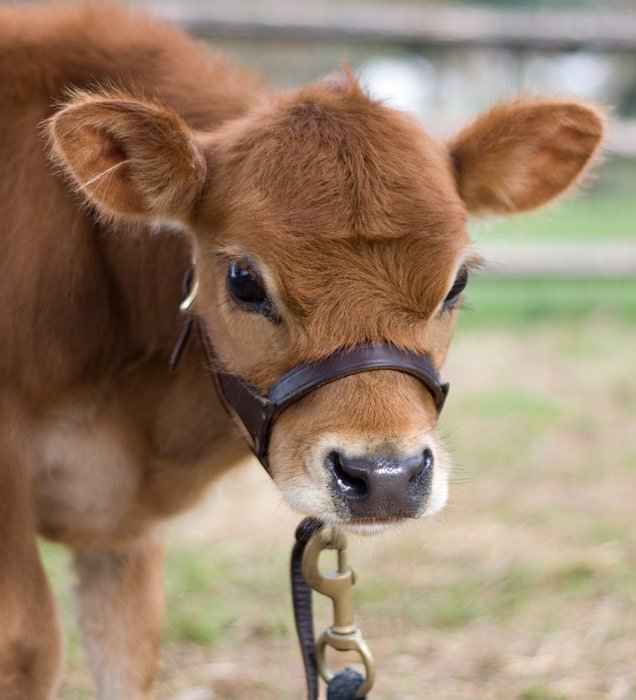